For the Fourth of July weekend my wife and I drove to Cleveland, Ohio, roughly 335 miles (540 km) from Indianapolis, and home to the Cleveland Internationals. Founded in 2004, the Internationals play in the Great Lakes Division of the Central Conference of the Premier Development League (PDL), America’s Fourth Division. In the previous years they have moved around Ohio to find a home base, but this year they play at the Don Shula Stadium, named after a famous American football coach. The stadium is home to the American football team of John Carroll University, and is located in a nice (white) suburb of Cleveland. 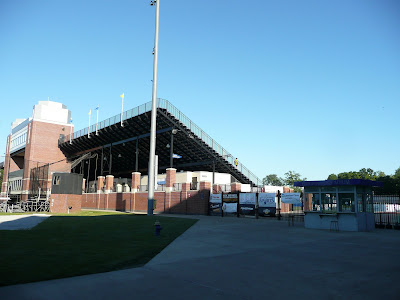 We entered the stadium without paying, and therefore have no ticket to show for – seems like the Internationals don’t need to charge its spectators… or, perhaps, the number of visitors is too small to make it worthwhile to print tickets and have people sell them. For this game a mere 75 people turned up, almost half of them Canadians, almost half of them students at the local university who only stayed for part of the game. All 75 sat at the main stand, while the bleachers on the other side remained unused. 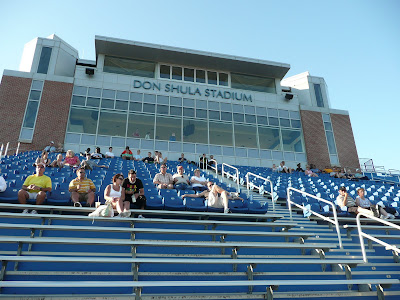 After playing both the American and Canadian national anthems, the game finally started. To emphasize the amateuristic sett9ing, there was no fourth official! It was a nice summer day, not too warm. This notwithstanding, the pace of the game was fairly low and the overall quality was poor. The first shot was only in the 10th minute and went straight at the Toronto goalie. Four minutes later the visitors have a good attack and the half-volley ends up in the goalie’s hands. It then takes forever before the next real chance occurs.

In the last fifteen minutes of the first half both teams squander a couple of chances. In the 36th minute a Cleveland striker goes alone at the goalie and misses, while a minute later a Toronto pass is met by no one and goes wide. 0-0 is the half time score and a perfect reflection of the first half. As there are no real facilities, the players spend half time on the bench on the pitch. 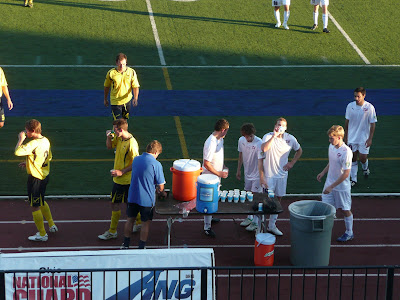 The second half continues where the first ended, with Cleveland missing a free header in the 54th minute. Although the hosts are pressuring, it is Toronto that scores in the 67th minute… but offside. The striker should have shot rather than passed. 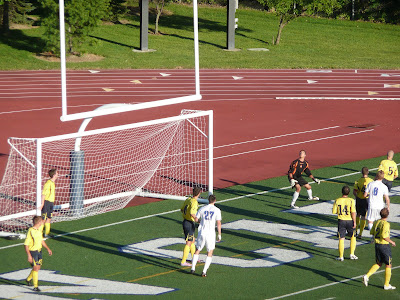 The last fifteen minutes Cleveland plays with 10 men… not because they got a red card, but because a player got injured and they only had one (!) substitute, who was brought in earlier. Just before the end of the game, Toronto plays another through ball but this time it is finished: 0-1. End of the game! 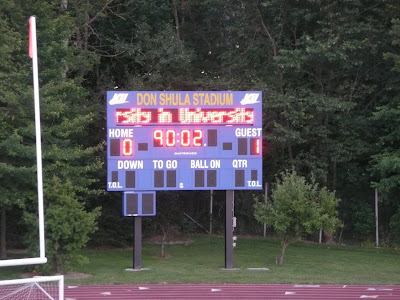 Although we had a pleasant evening, it was mostly because of the beautiful summer night, rather than the Cleveland Internationals. Although around for six years, which is quite long in PDL terms, the Internationals miss a basic infrastructure and fan base. I doubt they will be around for much longer.
Posted by Grondhopper at 6:31 PM

You drived a lot. I don't think that I can make a travel as long as you did but at least you didn't pay to enter.