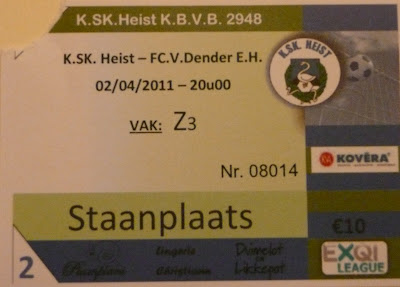 After having enjoyed a relaxing game in the sun in Koblenz, we had driven to Belgium for a concert, hoping to still see an evening game in the neighborhood. Unfortunately, the concert took longer than expected, and so we arrive at the Gemeentelijk Sportcentrum (Communal Sports Center) in Heist-op-den-Berg, Flanders. 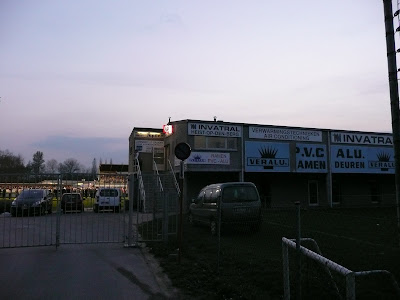 We buy a ticket for €10 and walk to the pitch. We are 22 minutes late and the hosts are 1-0 up. The visitors in this Tweede Klasse (Second Division) game is the FC Verbroedering Dender Eendracht Hekelgem, a typical Belgian construction of a variety of local mergers. Some 60 fans have made the trip from Denderleeuw, roughly 70 km (45 miles) southeast. Most are drunk and enjoy themselves with loud shouting and fireworks. 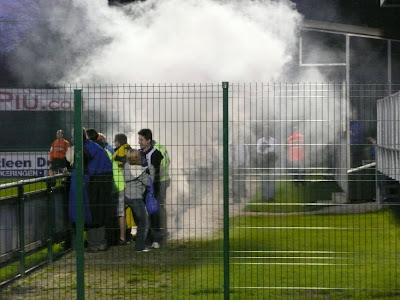 As we circle the pitch, looking for food and drink, the home wraps up the game. In the 28th minute they score the 2-0 and two minutes later 3-0, all by the same player: a real hatrick! The roughly 500 home fans cannot believe their eyes. 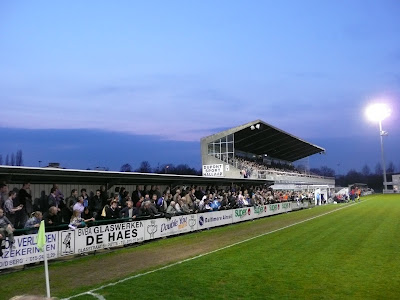 Leading 3-0, KSK Heist remains the better , but they no longer pressure. Hence, Dender can get back into the game. In the 40th minute they have a good shot from 20 meter, which is hit over the goal by the goalie. Half time: 3-0.

The second half is tame, as so often when the first half had many goals. Somehow the hosts cannot motivate themselves anymore and their pace is low and passing sloppy. They play defensively, letting the guests come but giving them little space in the last 25 meters. 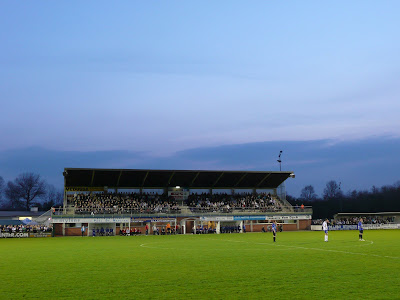 As far as chances go, Dender has the few more remarkable ones. In the 59th minute a cross is deflected close to the goal, but the KSK goalie saves. In the 67th minute a surprising shot from 25 meters goes wide. These are, roughly, the highlights of the second half. We leave several minutes before the end, to get something to eat, but the final score remains 3-0. 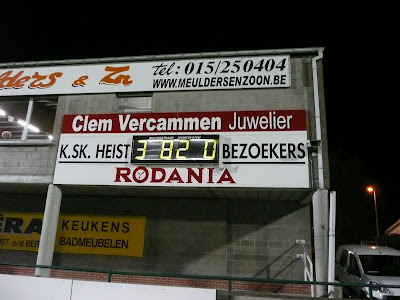 KSK Heist is a typical lower division Belgian team with poor facilities and a small support base. They are always a bad season away from bankruptcy and forced merger with a similar club in the near region.
Posted by Grondhopper at 5:43 PM 2 comments: