At the lower end of the “professional” soccer leagues in the United States the season is very short. Moreover, games are spread over weird periods; for some teams three months, for other five weeks. This all makes it very hard to get to see a game, let alone a game in the Southeast, which is a barren wasteland in terms of decent soccer. This all notwithstanding, I did find a game only some 2 hours away, in Rock Hill, South Carolina! It was the last game of the regular season of the National Premier Soccer League (NPSL), South Region, South Atlantic Conference (which includes five teams from the two Carolinas). 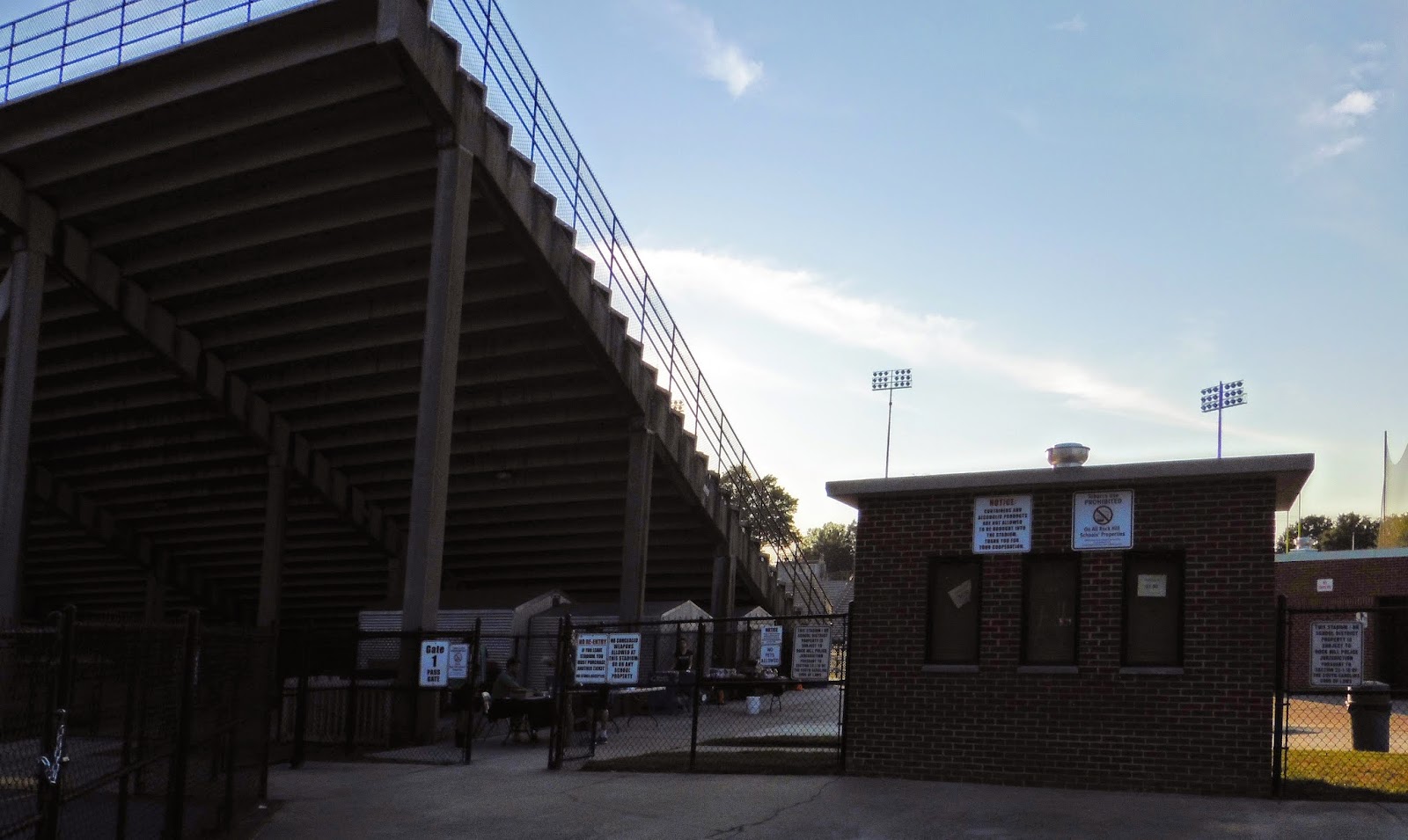 Although we entered Rock Hill well before kick-off, at 19:00, we arrived a couple of minutes late to the game. The reason was that the game was moved from the usual ground at Manchester Meadows, a classic US soccer complex, to the (American) football stadium of District 3 High School, which actually has a much larger capacity. Not that this was really needed, as there are only some 150 people at the game, including some 25 away fans (which seemed to be almost all linked to the youth team that must have played earlier that day), which had made the ca. 120 miles (200 km) drive south from Greensboro, North Carolina. 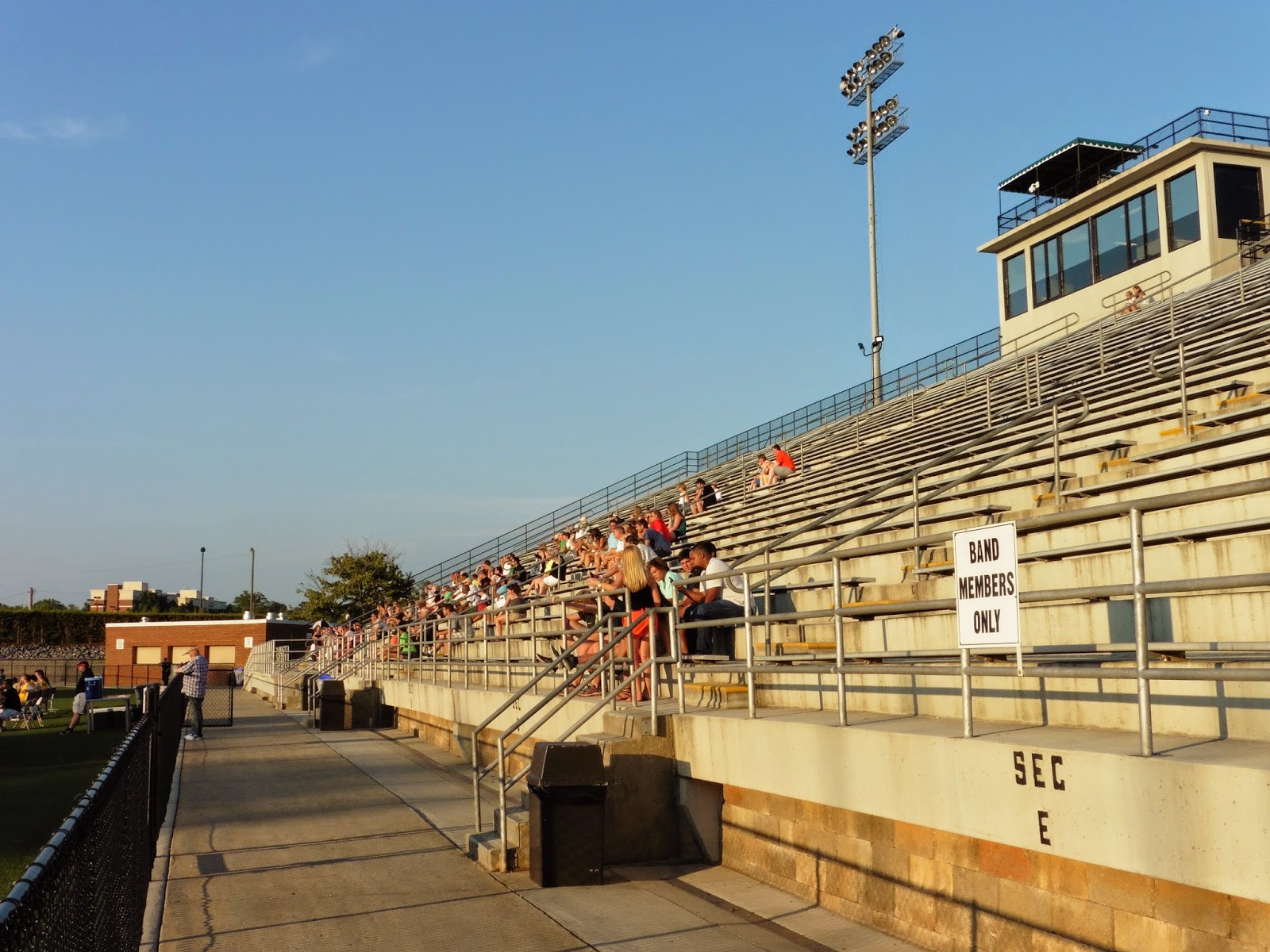 We pay $6 each for a nice ticket and find a spot on the, mostly empty, large concrete stand – the smaller stand on the other side of the pitch is closed. The sun is still shining and it’s about 88F/31C with only a slight breeze. 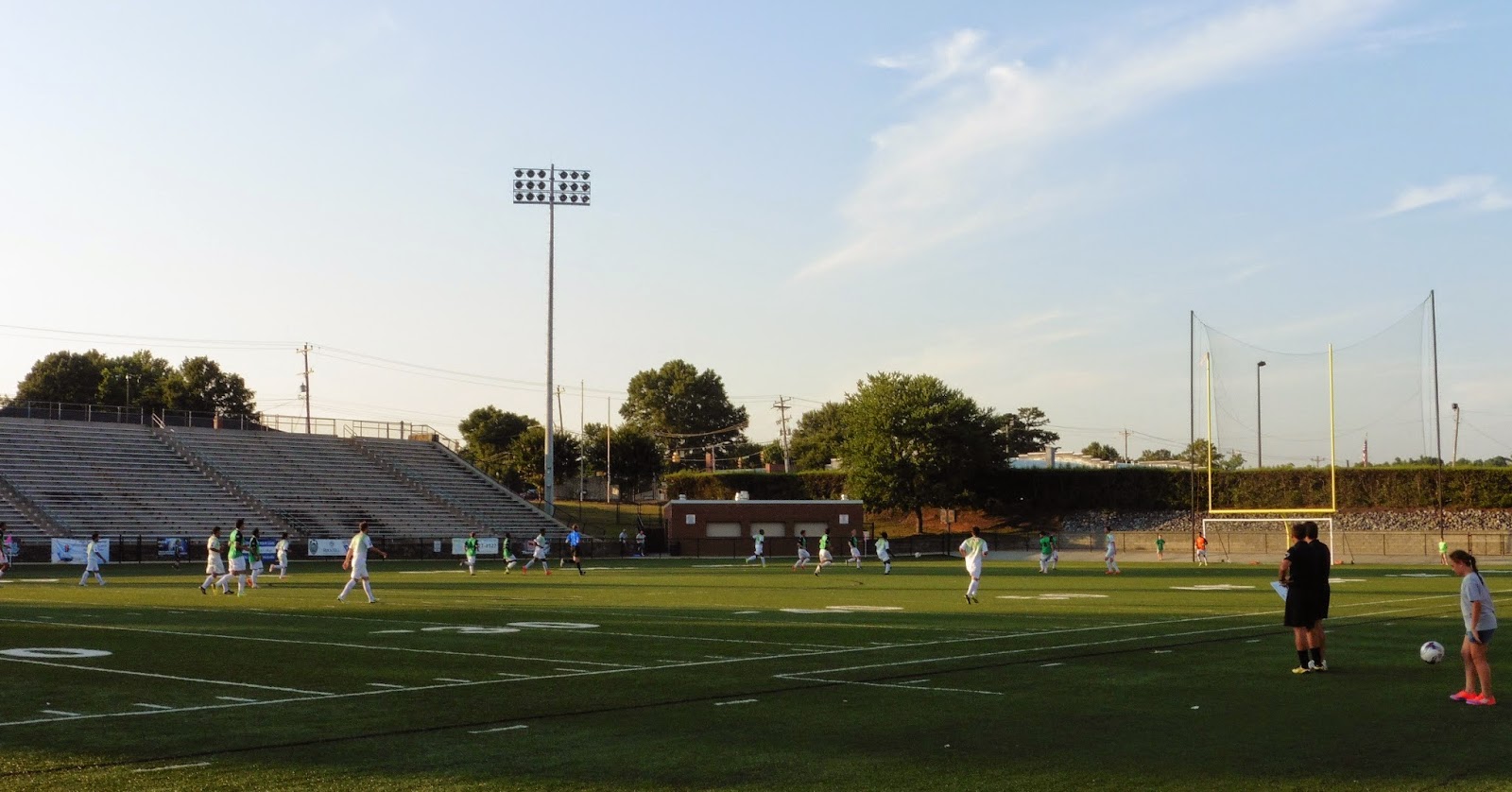 The players look older than the players at the lowest level of the USL, which are mostly college players, who play in the Premier Development League (PDL) during the summer break. The game is played on AstroTurf with the football lines still on it – quite confusing for both the players and viewers.

Gate City FC (GCFC) gets a couple of half decent chances before the Carolina Discoveries goalie hits over the ball and gives the GCFC striker an easy finish in front of an open goal: 0-1. He doesn’t look or play like the real goalie, but rather like a regular player just filling in. In the next 5 minutes the visitors get two more good opportunities but finish weak. 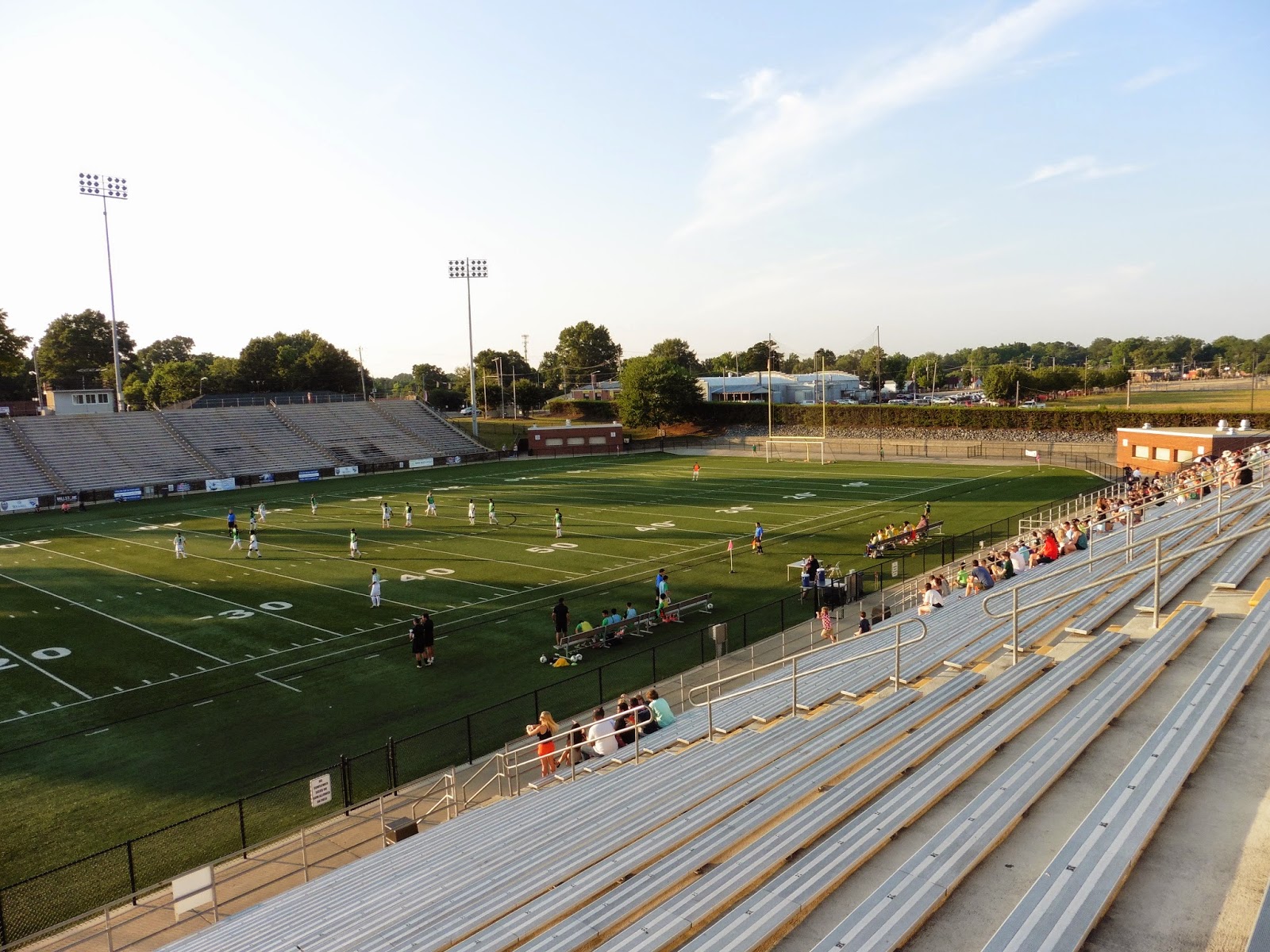 In the 24th minute the home team gets a corner-kick, which is headed back and then headed at the crossbar. Six minutes later a GCFC player lobs the ball over the ‘goalie’ but hits the post –the ‘goalie’ reacts as if the ball is going to go far wide. In the 33th minute the hosts have their first good combination attack, but the GCFC goalie makes a save. Half time: a deserved 1-0 lead for the clearly better visitors. 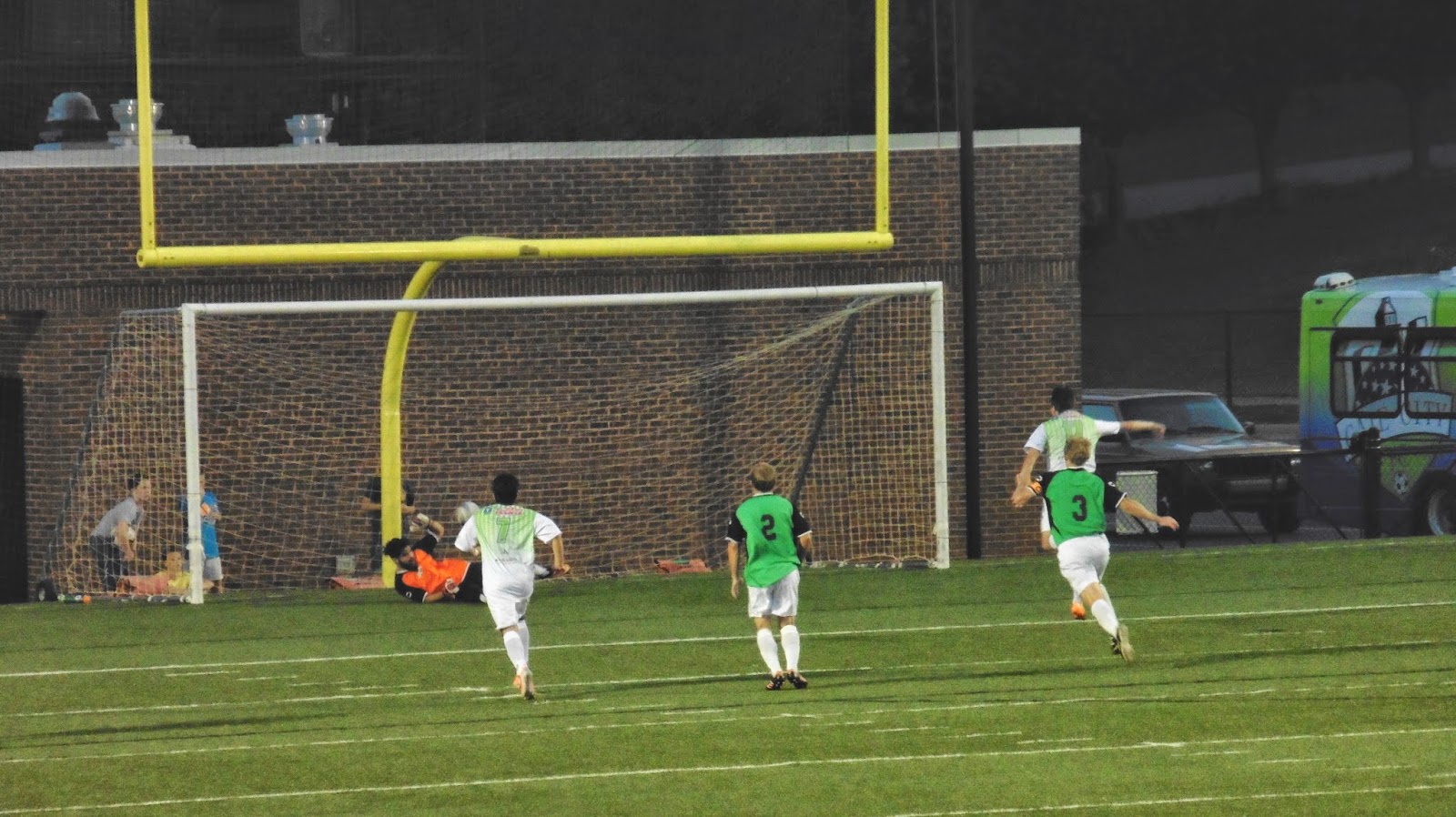 Five minutes into the second half GCFC gets a penalty: the kick is weak, but the goalkeeper – a new one, who seems to be a real goalie – cannot stop it: 0-2. Three minutes later a terrible mix-up in the GCFC defense brings the hosts back into the game. The goalie kicks over the ball, which seems to be the story of the game, the ball rolls almost over the line, and a Discoveries player kicks it in: 1-2. 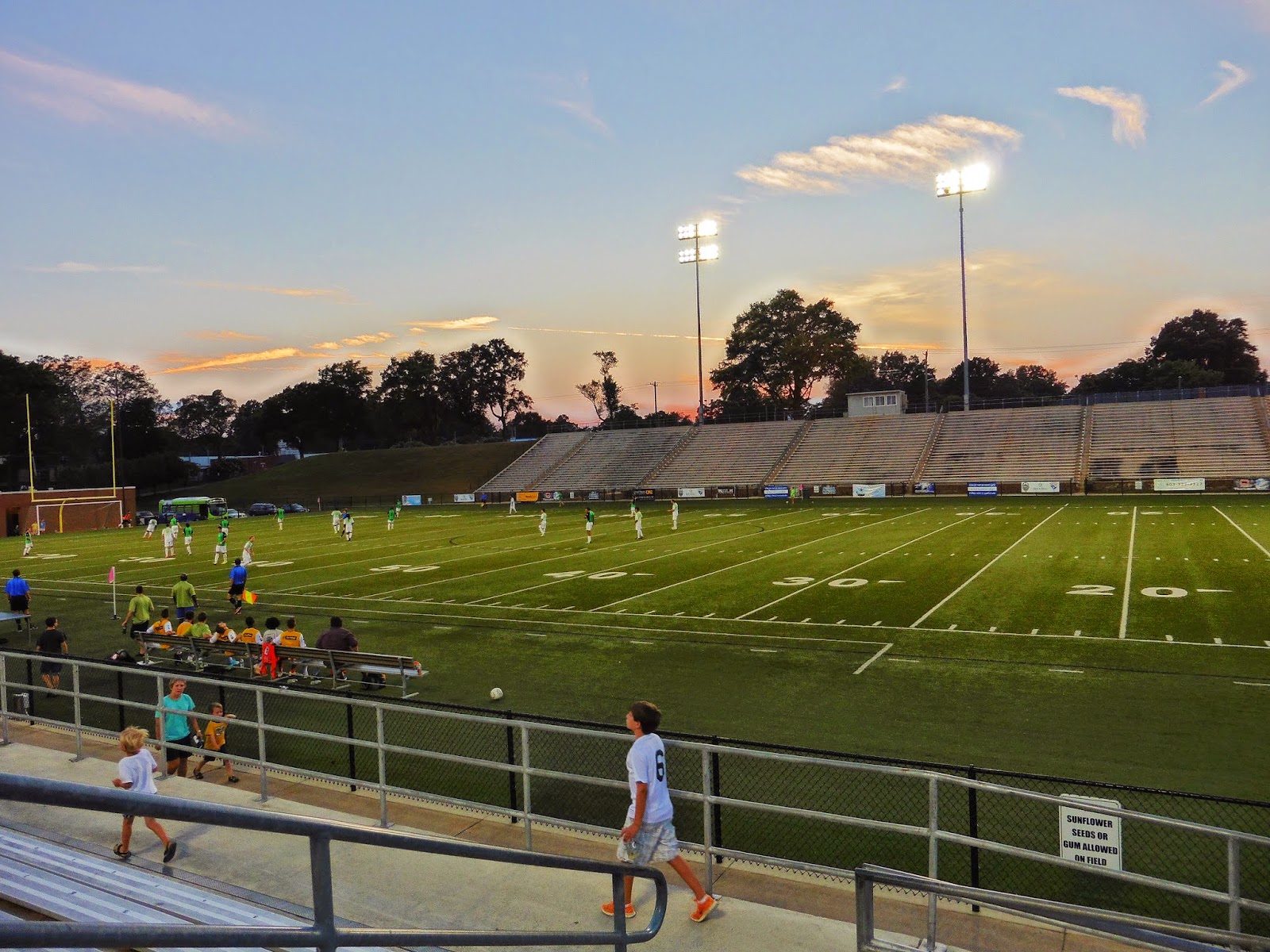 In the 64th minute the visitors’ striker is touched from behind in the penalty box, but the referee doesn't give whistle. In the direct counter-attack the home striker goes down at outside of box and does get a penalty kick: 2-2. Asian gambling syndicate anyone? 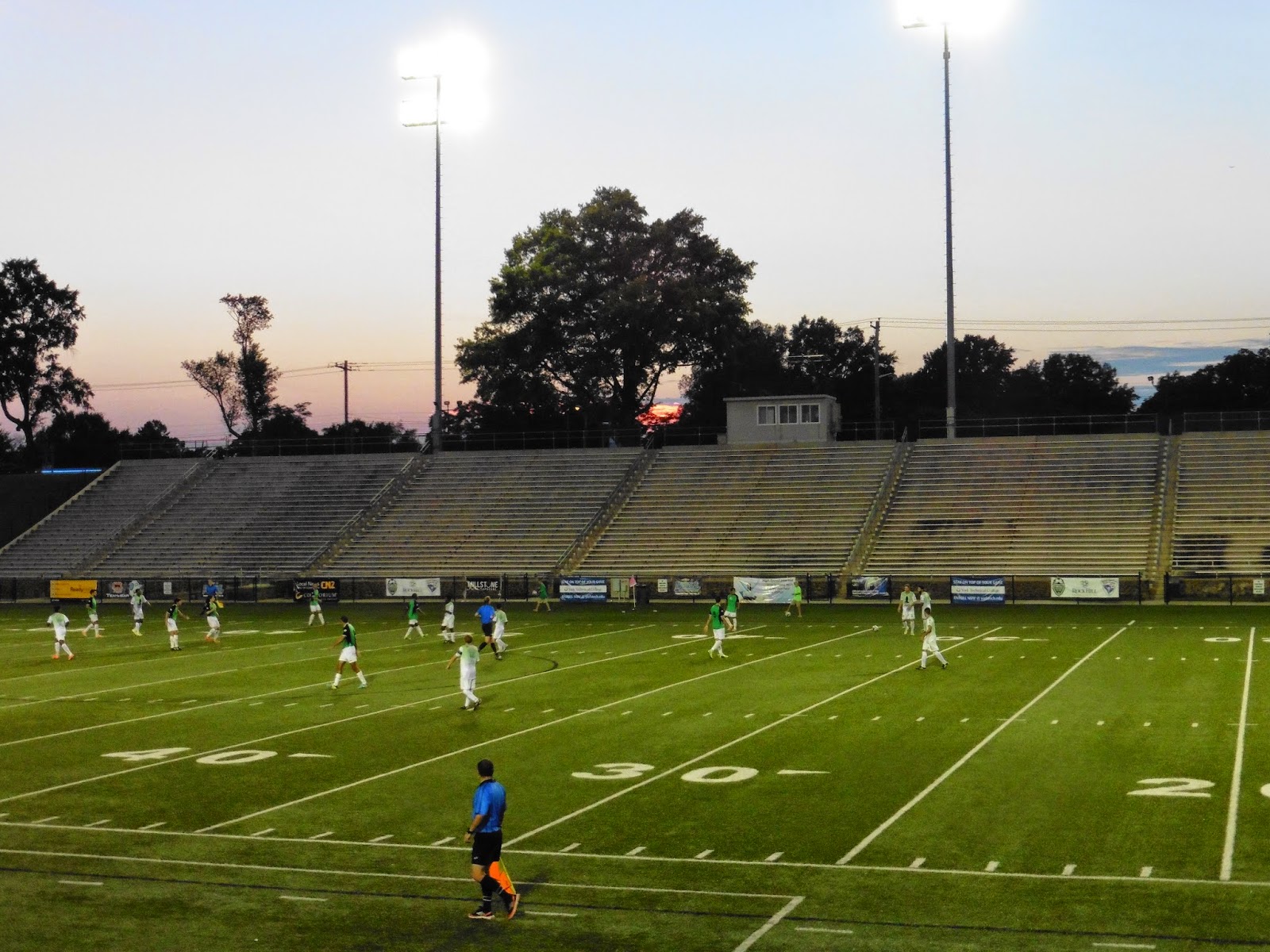 This totally changes the game. In the 77th minute the Carolina Discoveries have the best combination attack of the game, but the shot hits the post. Two minutes later another complete screw up in the GCFC defense leaves the ball in front of a Discoveries player, who stands at 5 meters of the goal: 3-2. Four minutes later a badly defended ball is rebounded with a volley that goes over the terrible goalkeeper: 4-2. This is followed by virtually the only decent chance of the visitors, but the half-volley is saved by the (real) goalkeeper. In the 88th minute the game is finished with a Discoveries free-kick that leads to a free header: 5-2. 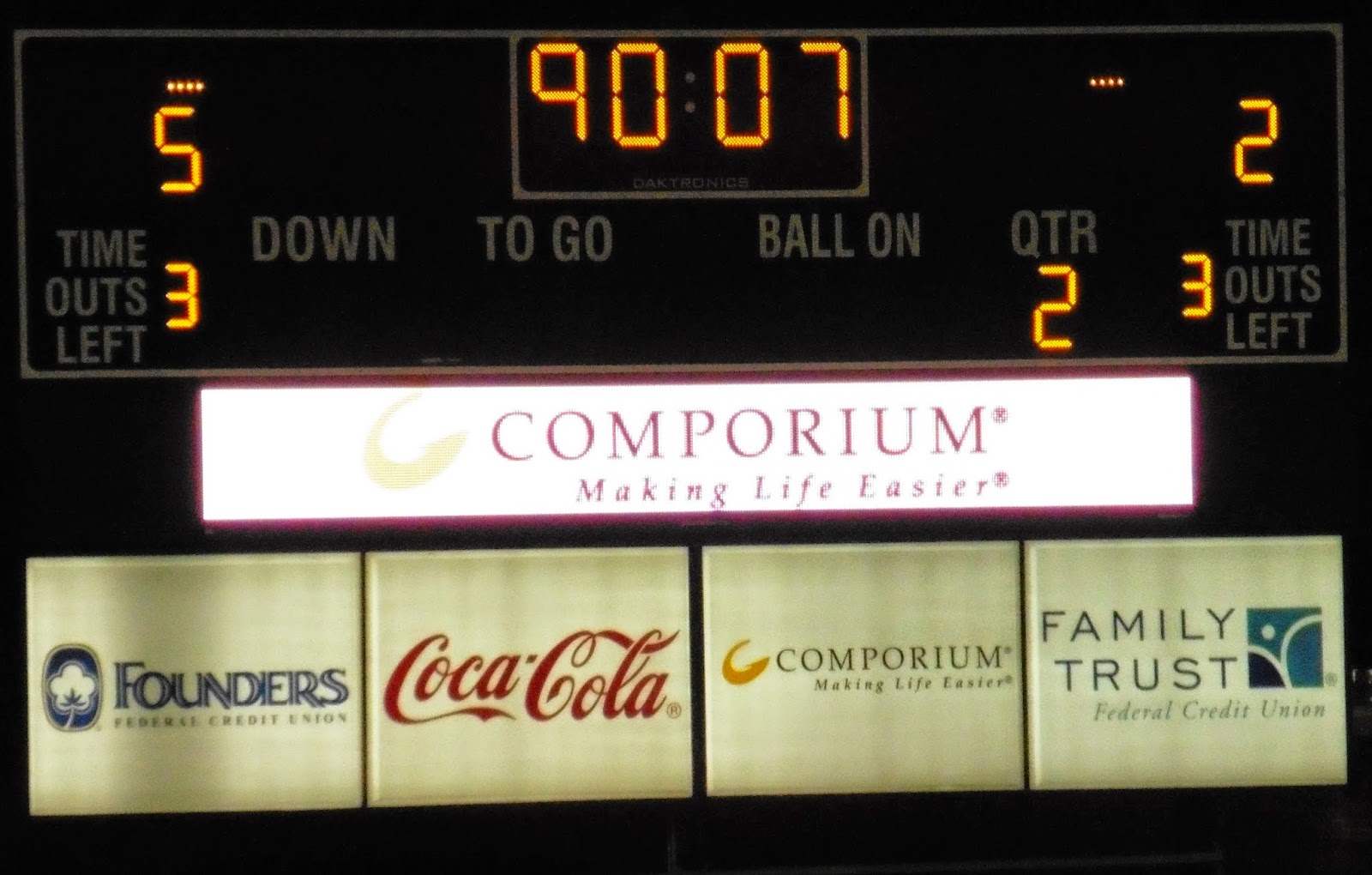 In the end we saw a crazy game in a very pleasant setting. The football wasn’t particularly good, and there weren’t too many people in the stands, but the weather was nice and the venue promising.
Posted by Grondhopper at 7:09 PM No comments:

Having seen an evening game in St. Gallen, Switzerland, the night before, we had to drive long (a bit over 700 km) to make it to Charleroi, Belgium, the next day to be able to see the afternoon game in the Derde Klasse B (Third Division B). Unfortunately, our car ran into major trouble and when we finally made it to Charleroi, we were unable to find the stadium – no one, including the police, knew where we needed to go. This was not that surprising, as Royale Jeunesse Sporting Heppignies-Lambusart-Fleurus, or RJS HL Fleurus, is one of those many merger-teams in the (lower) Belgian divisions. Sadly, I have to say “was” a team, as 2013-14 turned out to be the last season that RJS HL Fleurus existed. Going back to Etoile Sportive Fleurusienne, which was founded in 1909, it went through three mergers to finally go under in a huge reshuffling of smaller teams in Wallonia.
Posted by Grondhopper at 7:42 AM No comments: 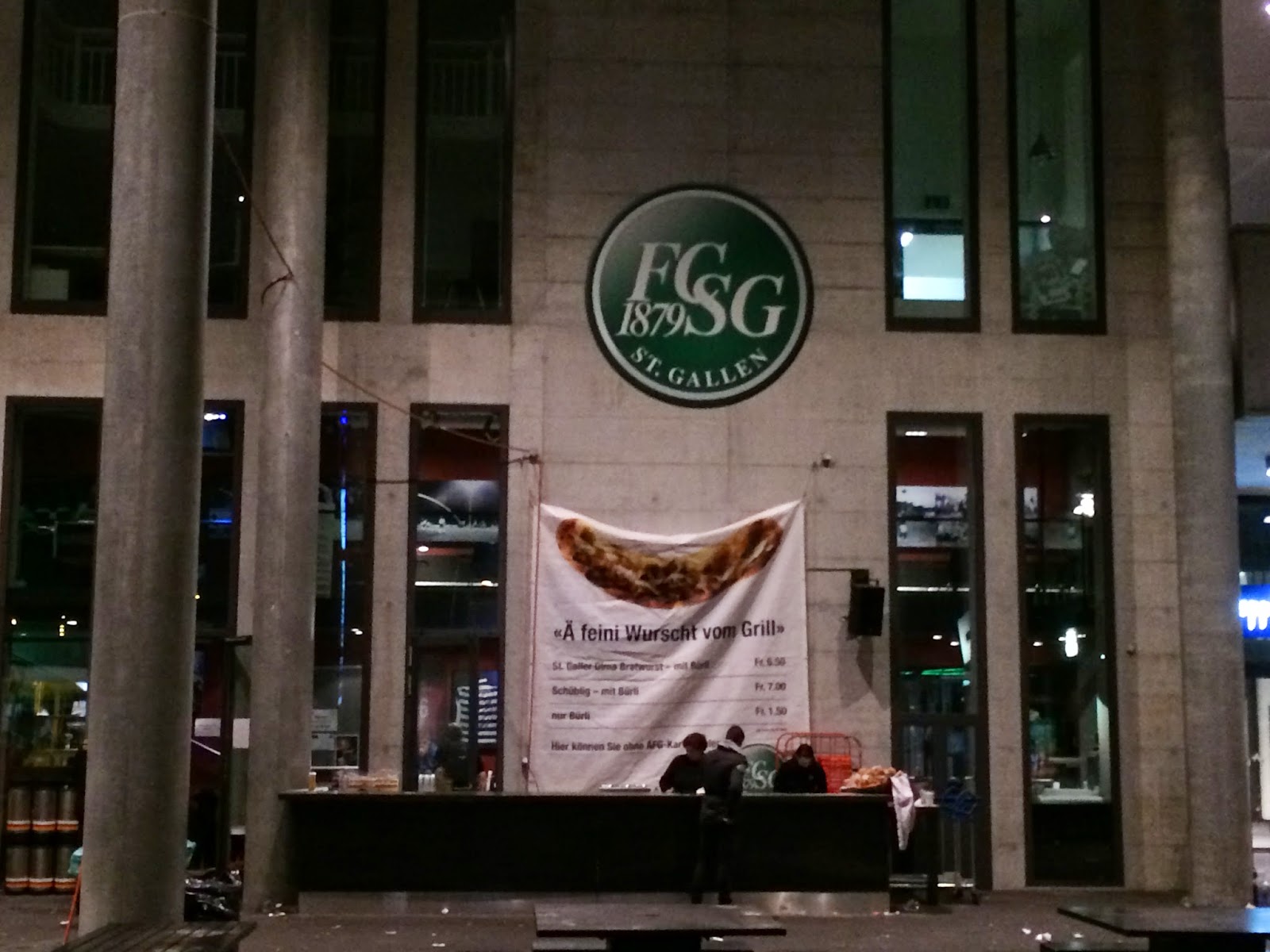 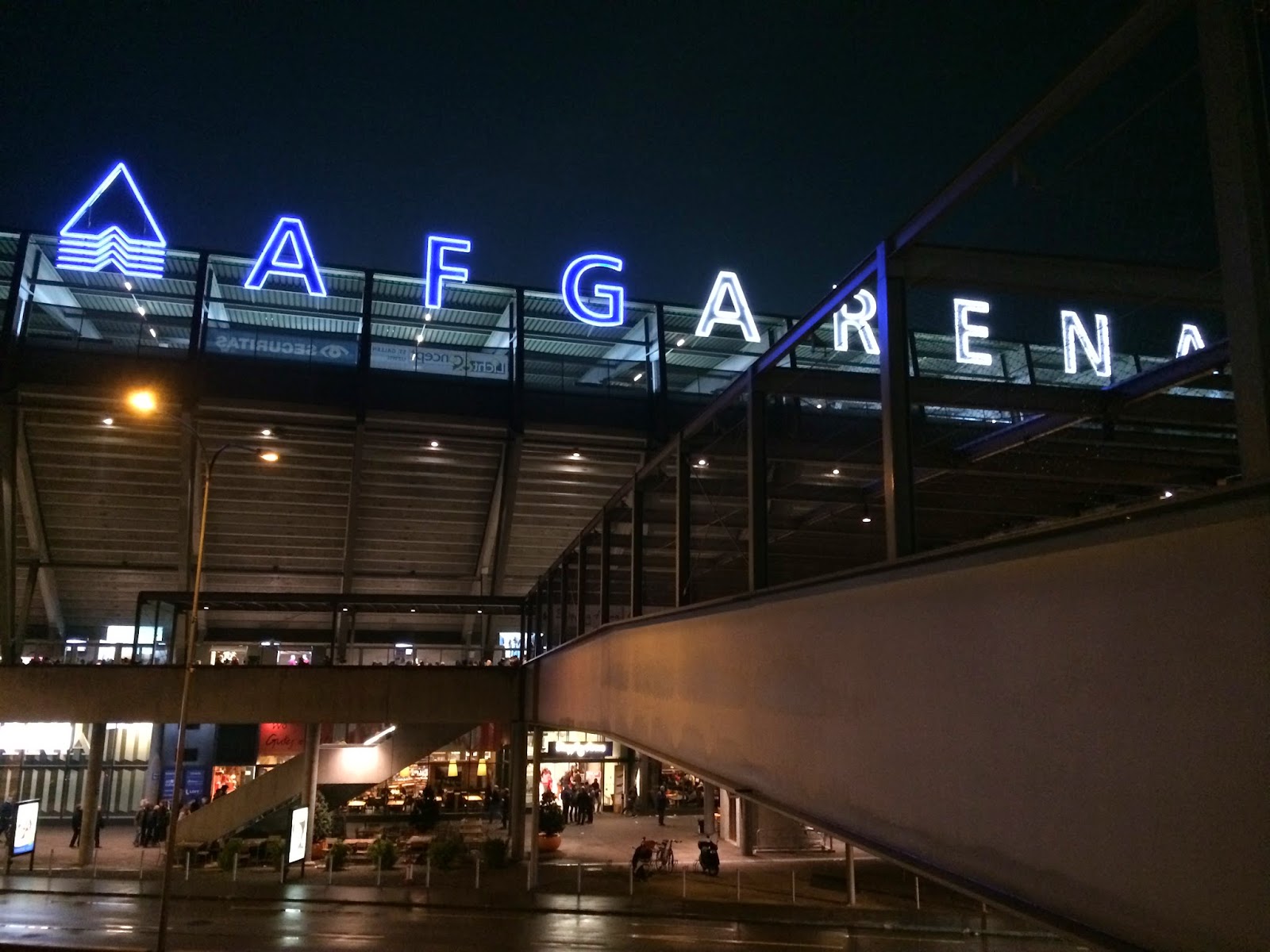 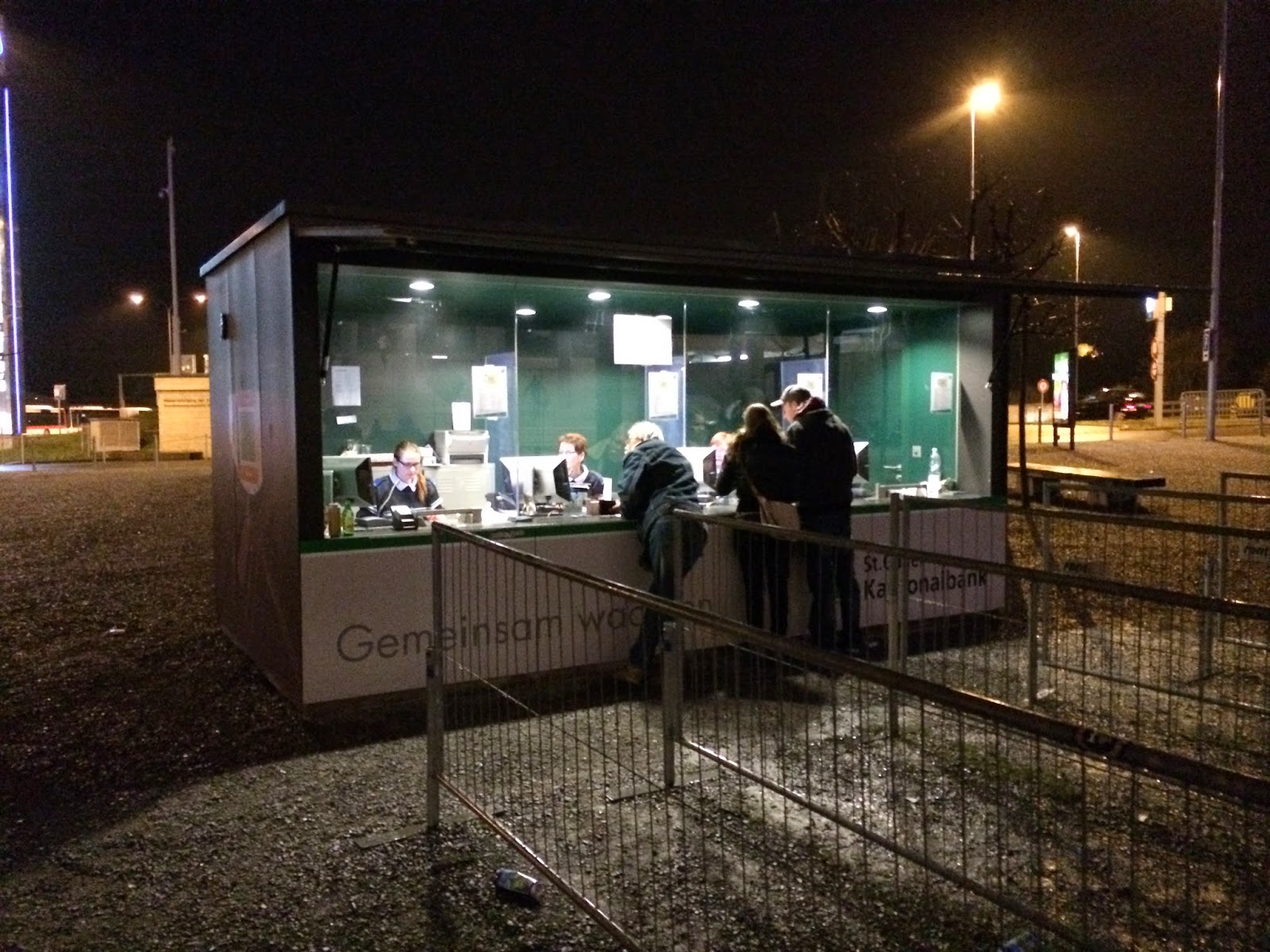 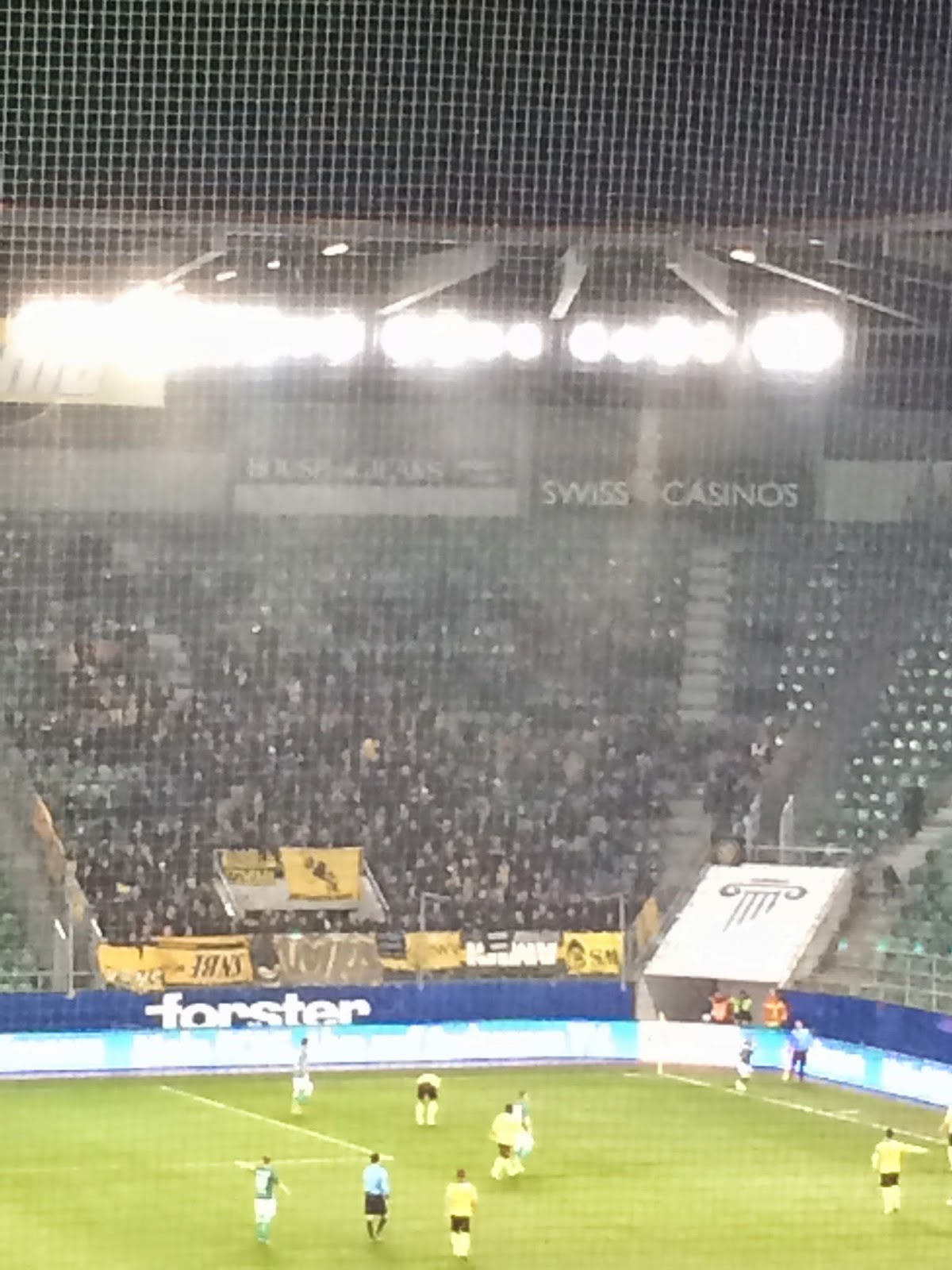 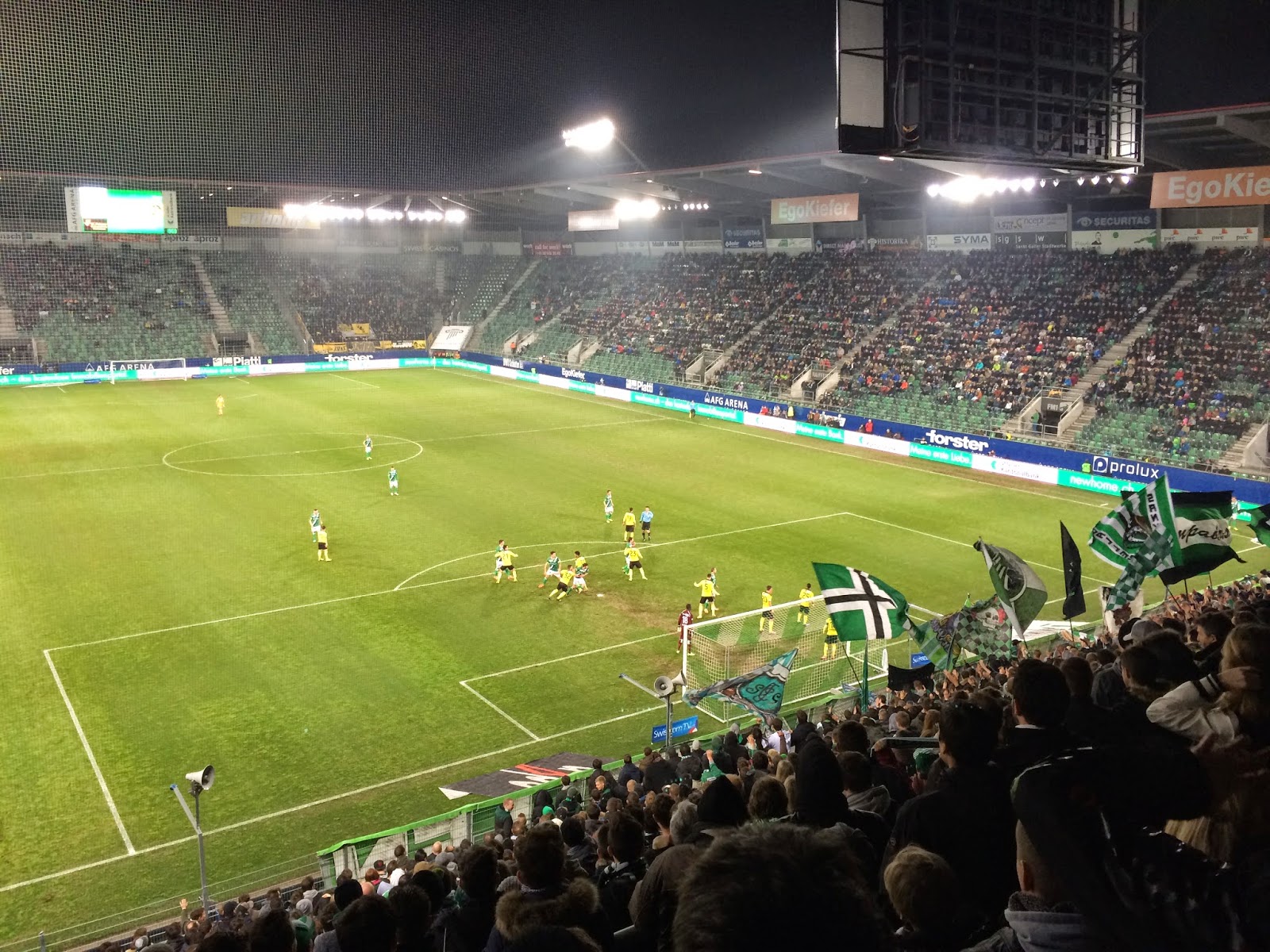 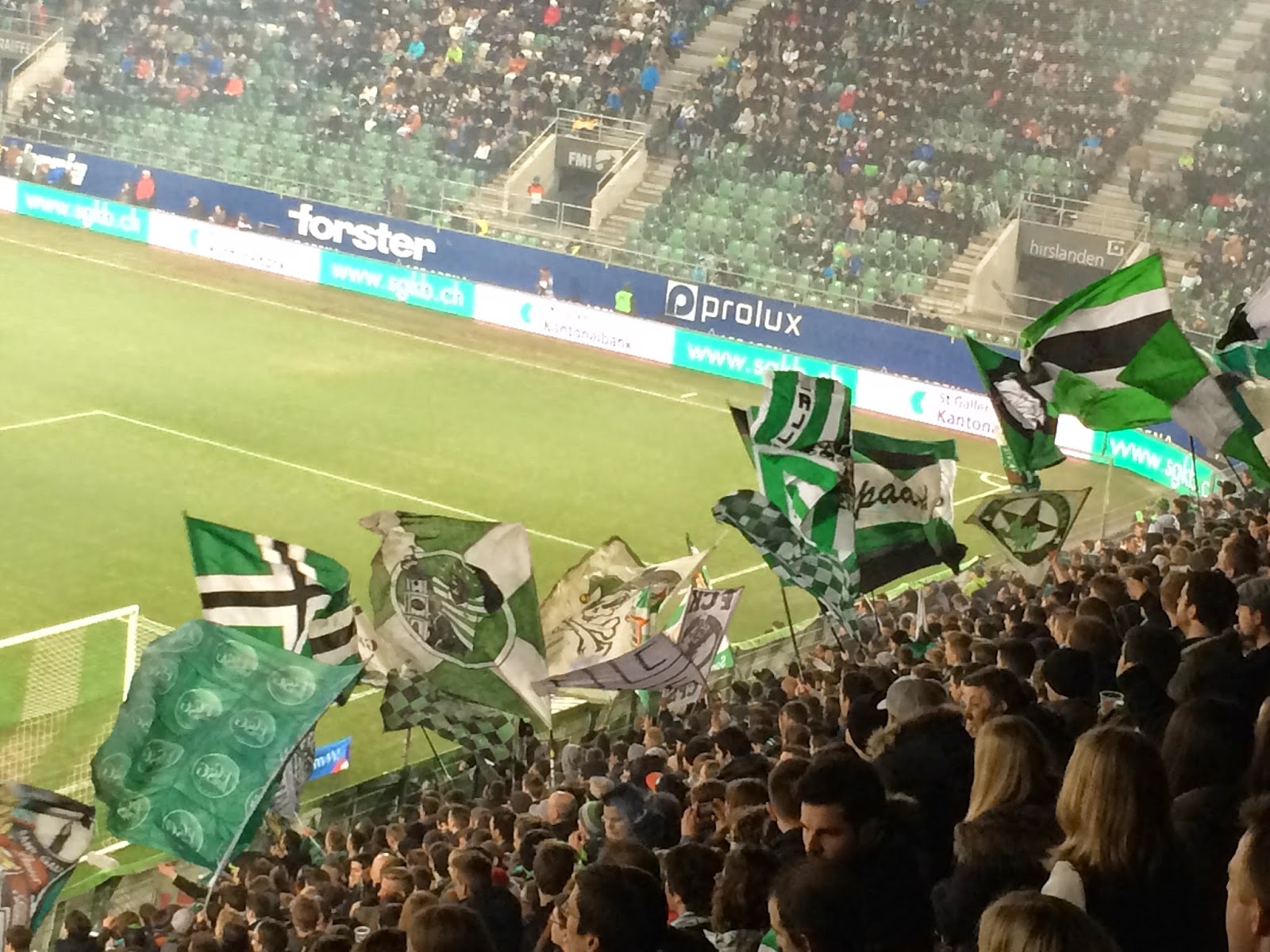 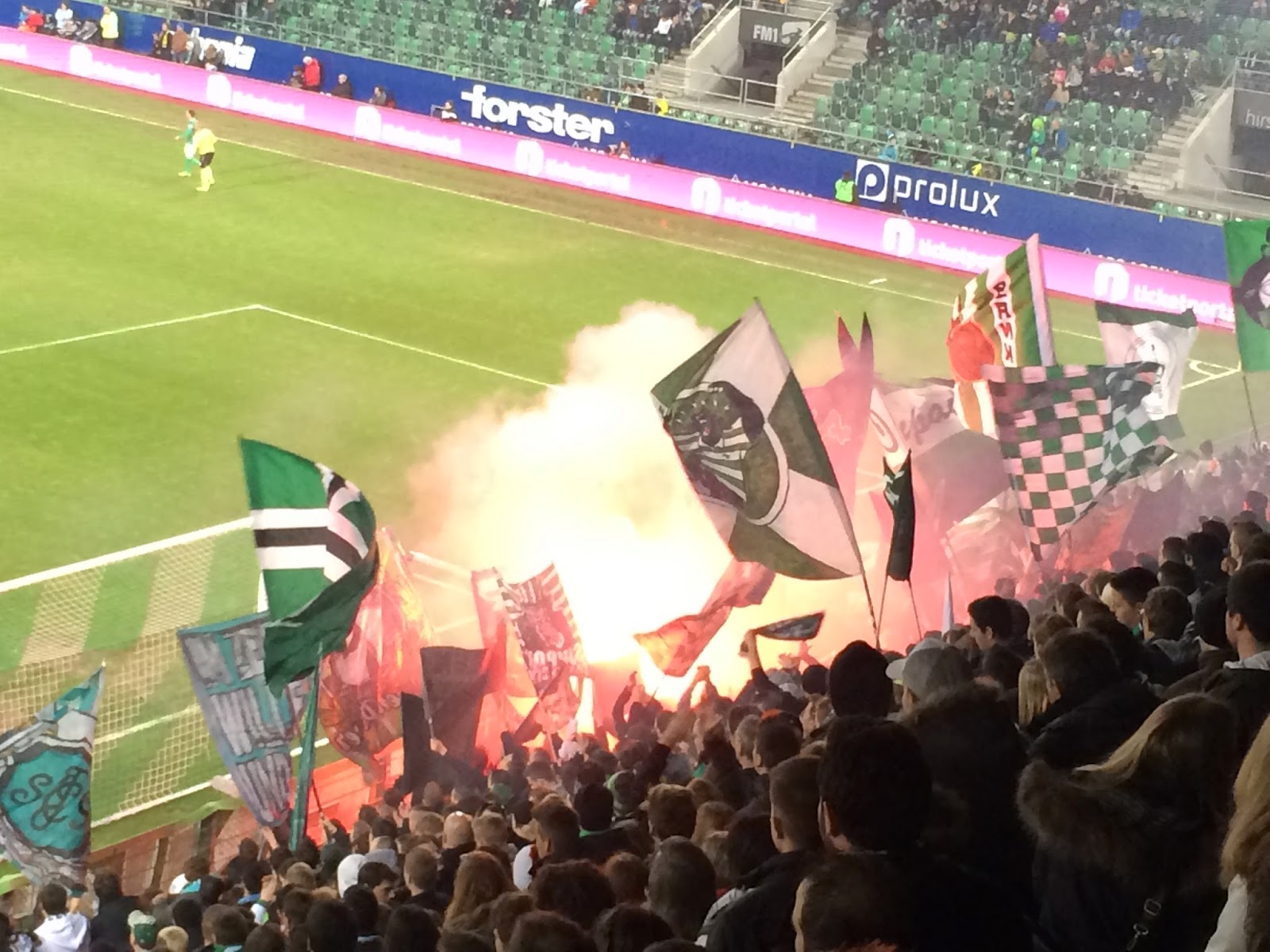 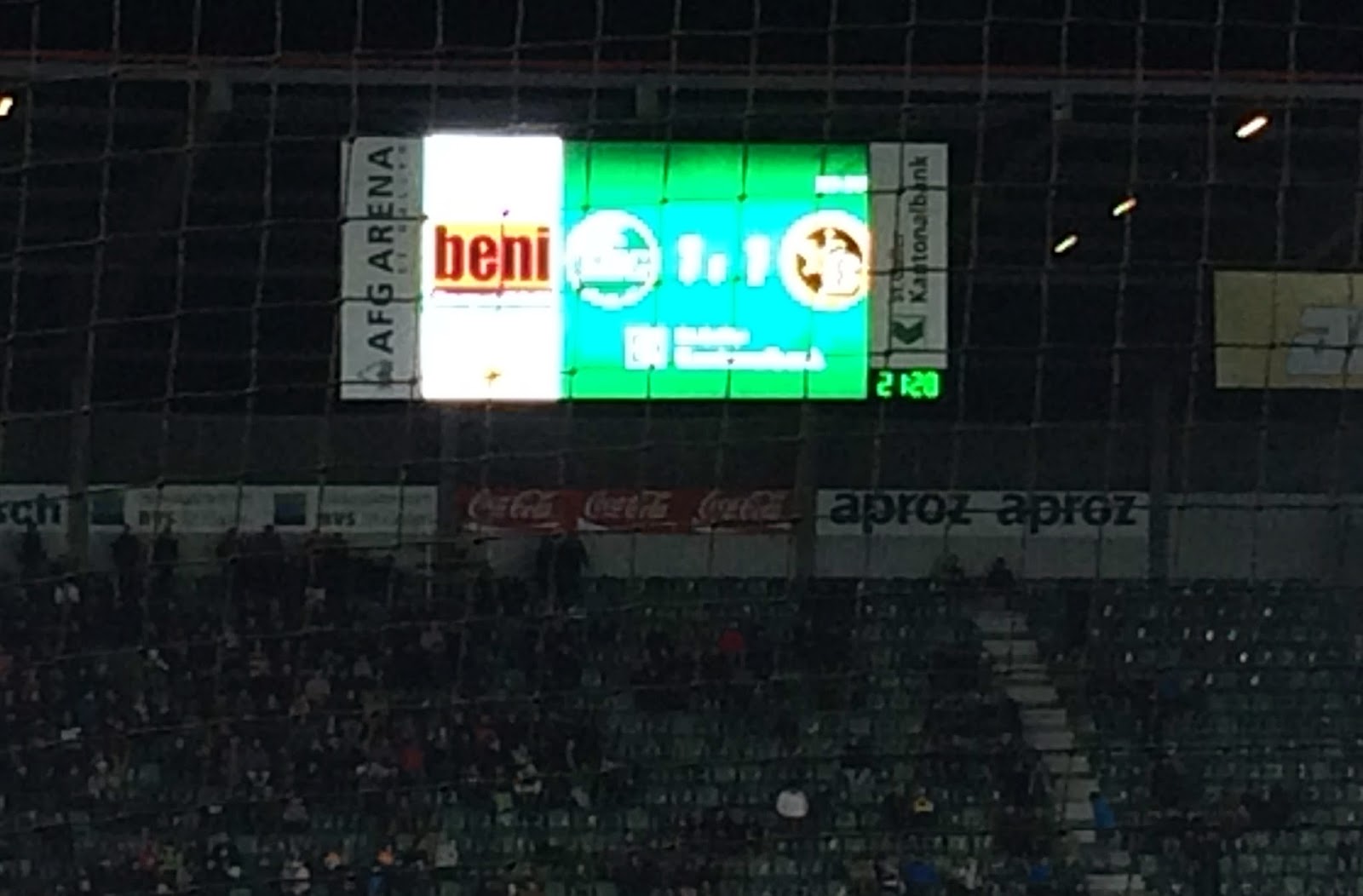 In many ways this was a very modern football experience. A modern stadium integrated in a shopping mall with significant comfort and well-behaved affluent fans. At the same time, the atmosphere was surprisingly good for a small Swiss team.
Posted by Grondhopper at 7:34 AM No comments: 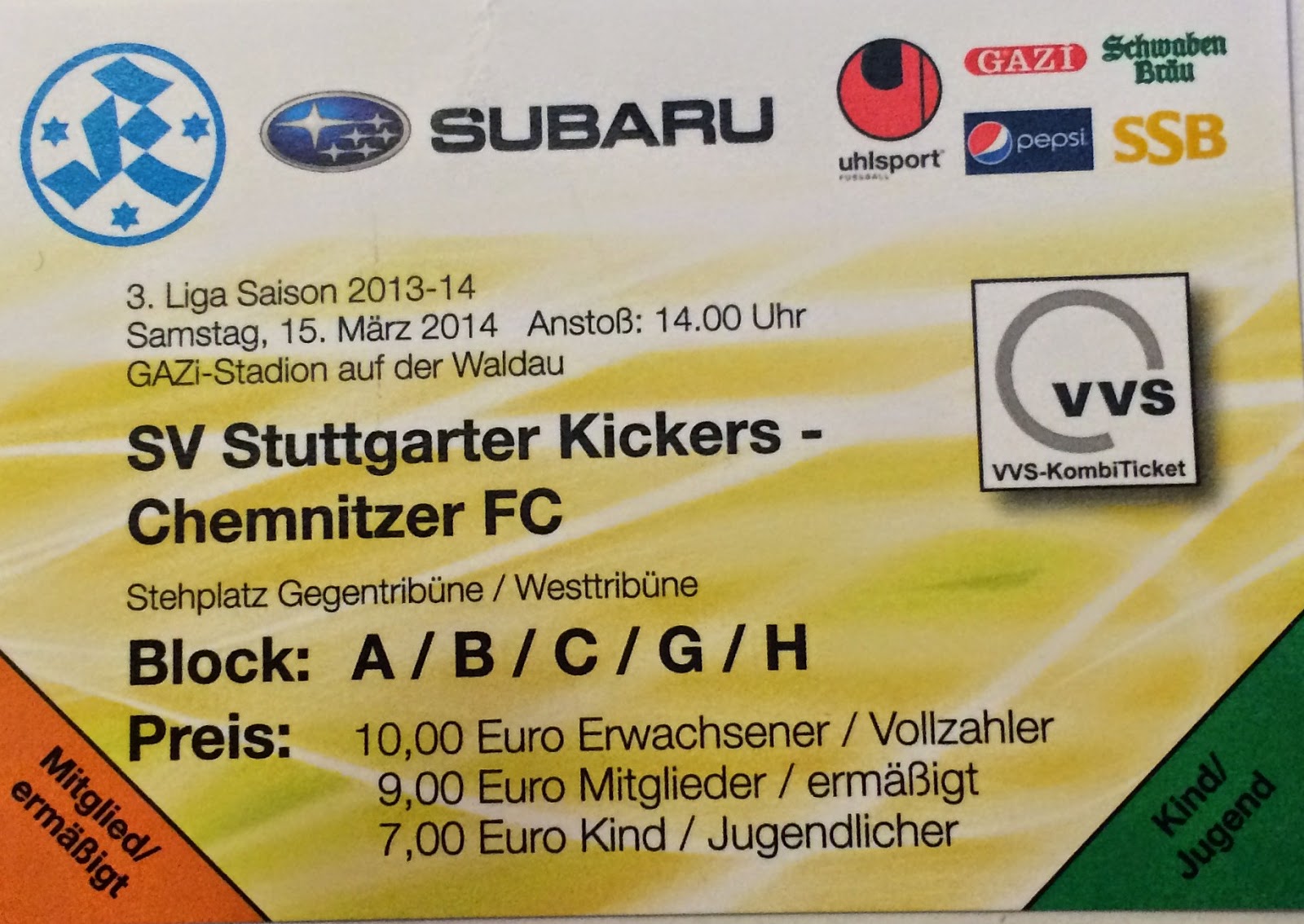