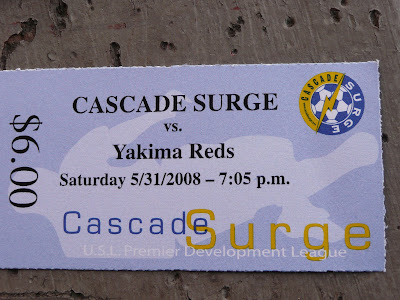 During my first trip to the Pacific Northwest, where Grondhopper will spend the 2007-2008 season, I obviously had to check a game. Unfortunately, no MLS team plays in this region, so I’ll have to make do with football from the United Soccer Leagues (USL), the lower divisions of US and Canadian soccer. In fact, the only possibility was a game in the Premier Development League (PDL), strictly speaking the fourth division of US professional soccer; although, technically, it’s the highest division of amateur football. 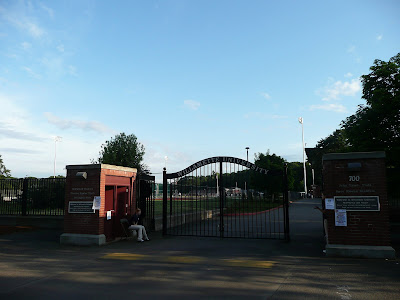 Because of a late dinner, at a very decent bbq restaurant in Salem, Oregon, my M.G. and I arrived just late of the odd 19.05 starting time. The game, between Cascade Surge, from Oregon, and Yakima Reds, from Washington (state), was played at the McCulloch Stadium, which is part of Willamette University. We bought tickets for $6 (ca. 4 euro) and took our place at the main (and only) stand. 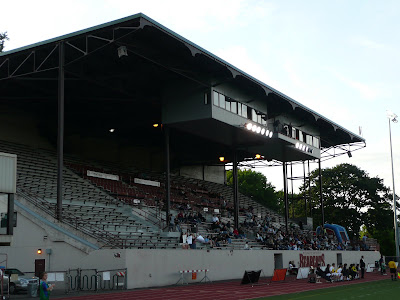 The Charles McCulloch Stadium officially holds 2.500 people and is mostly used for American Football (on field turf). Tonight, some 250 had found their way into the stadium, of which at least half were small children (hardly interested in the game). As mostly at US games, there were many girls among the fans.

The game was as could be expected, rather poor, probably comparable to a third division amateur game in the Netherlands. Most of the players were young, whose experience was limited to college soccer. How they are selected, and why they play in their specific teams, is beyond me – several players come from relatively far away, but might be students at Willamette University or at Oregon State University (in Corvallis, relatively close-by). 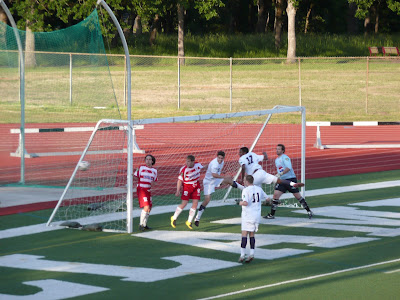 As far as chances were concerned, they came regularly, courtesy of rather poor defending. Still, the best of the play came from the visitors. Yakima Reds, a name one would rather expect in the Japanese J-League, is a team of mostly Latino American players from the town of Yakima, some 375 km away from Salem (not surprisingly, few if any away supporters had joined them). In the 28th minute they scored their deserved goal: 1-0. This was also the half time score. 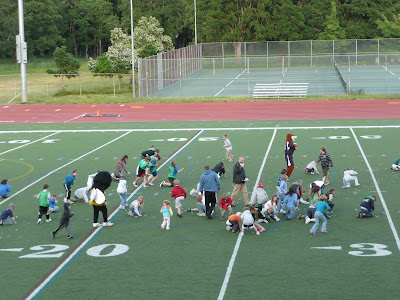 During half time all kids under a certain age were allowed onto the pitch. The organizers threw candy all over one part of the pitch, and the overenthusiastic kids cleaned the whole pitch. I’m not sure whether this would work at Old Trafford though. 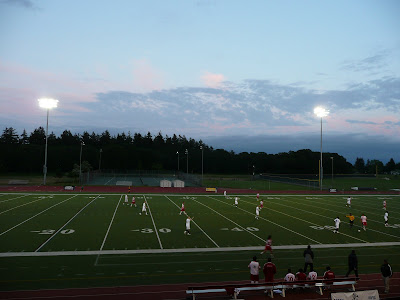 The second half brought much of the same, though at an increasingly lower pace. Yakima remained the better team, but didn’t pressure that much anymore. Few big chances were created. 0-1 was therefore a logical final result. 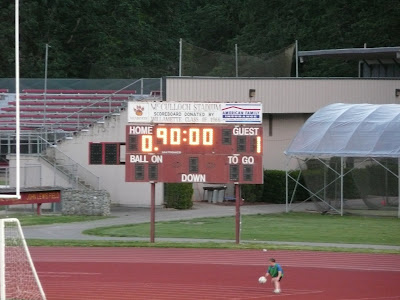 Clearly, football in the PDL is not really professional. Rather, the PDL seemed to have been added to the USL to groom new teams for the future; not a luxury given the short lifespan of many ‘professional’ US American ‘soccer’ teams. Still, I will have to settle for this in the future, as most US teams play at this level. Fortunately, there are also three teams from the Pacific Northwest in the USL First Division. These will definitely be visited next season!
Posted by Grondhopper at 6:43 AM No comments: