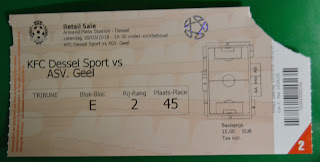 In the end we didn’t have to leave Sportfreunde Lotte – SC Fortuna Köln early, as we make the roughly 275 km southwest easily, arriving in Dessel early, giving us time to eat at the excellent Frituur Den Brink and still arrive several minutes before kick-off. 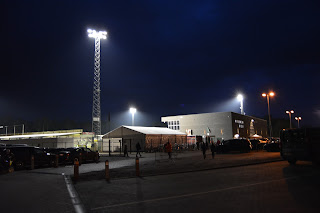 The Armand Melis Stadium is relatively new, built in 2009, and can hold 4,284 people. I doubt there were ever more than 1,500 there though. It is home to the KFC Dessel Sport, founded in 1926, and a mainstay in the lower divisions of Belgian football. Today they play in the Tweede Klasse Amateurs (literally “Second Division Amateurs”), which, after the latest reform in Belgian football, is really the fourth division. 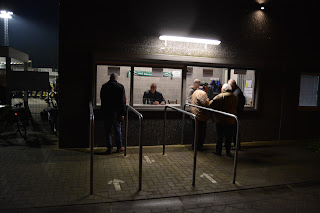 We buy a ticket for the smaller long stand for €15, which is not cheap for the fourth division in Belgium. There are some 600 people, including ca. 60 people from Geel, which is 15 km away. The fan are local and older; the whitest audience ever. Only some 15 kids are singing. 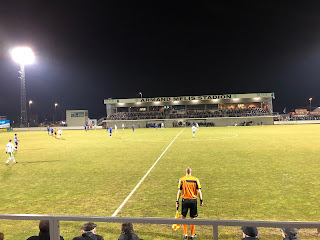 The game starts slow and uneventful. In the 14th minute Dessel has its first good attack, but the striker can’t connect to the hard cross. Two minutes later Geel has an amazing volley from 30 meters, which goes just wide. Overall the play goes back and forth, but the passing is pretty poor. 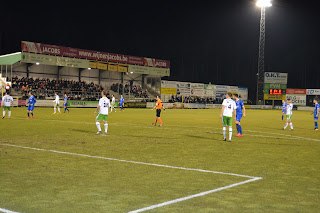 In the 26th minute the hosts have a good attack, but the shot goes wide. Four minutes later the visitors force the goalie to a good safe before a deflected ball is headed off the goal line. Dessel Sport has most of the game and several good attacks. And then, two minutes before the break, Dessel has a good fast attack, pass in the box, which is finished cool: 1-0. Half-time. 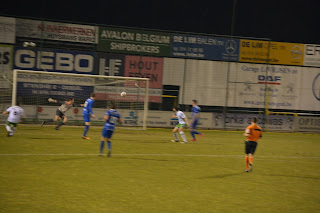 The second half starts explosive. A Dessel player goes away from the goal, but is fouled in the box: penalty. It is shot hard in the center, but goes is: 2-0. 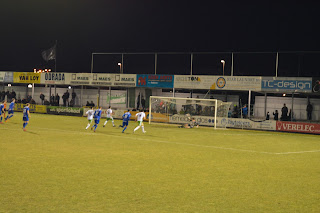 In the 52nd minute the hosts have a surprise shot from 25 meters that goes just over. Seven minutes later the visitors have a huge chance, but he passes to no one, rather than shoots at goal. In the 62nd minute Dessel has a good attack, plays a double pass, gets into the box, passes the ball out, and from the edge of the box a shot is deflected and goes in: 3-0. 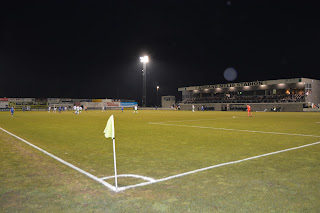 Just minutes later Geel attacks, plays the ball into the box, behind everyone, and someone slides it into the goal: 3-1. It’s going fast now. Both teams have a few chances, but 3-1 will be the final score. 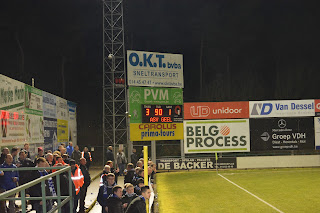