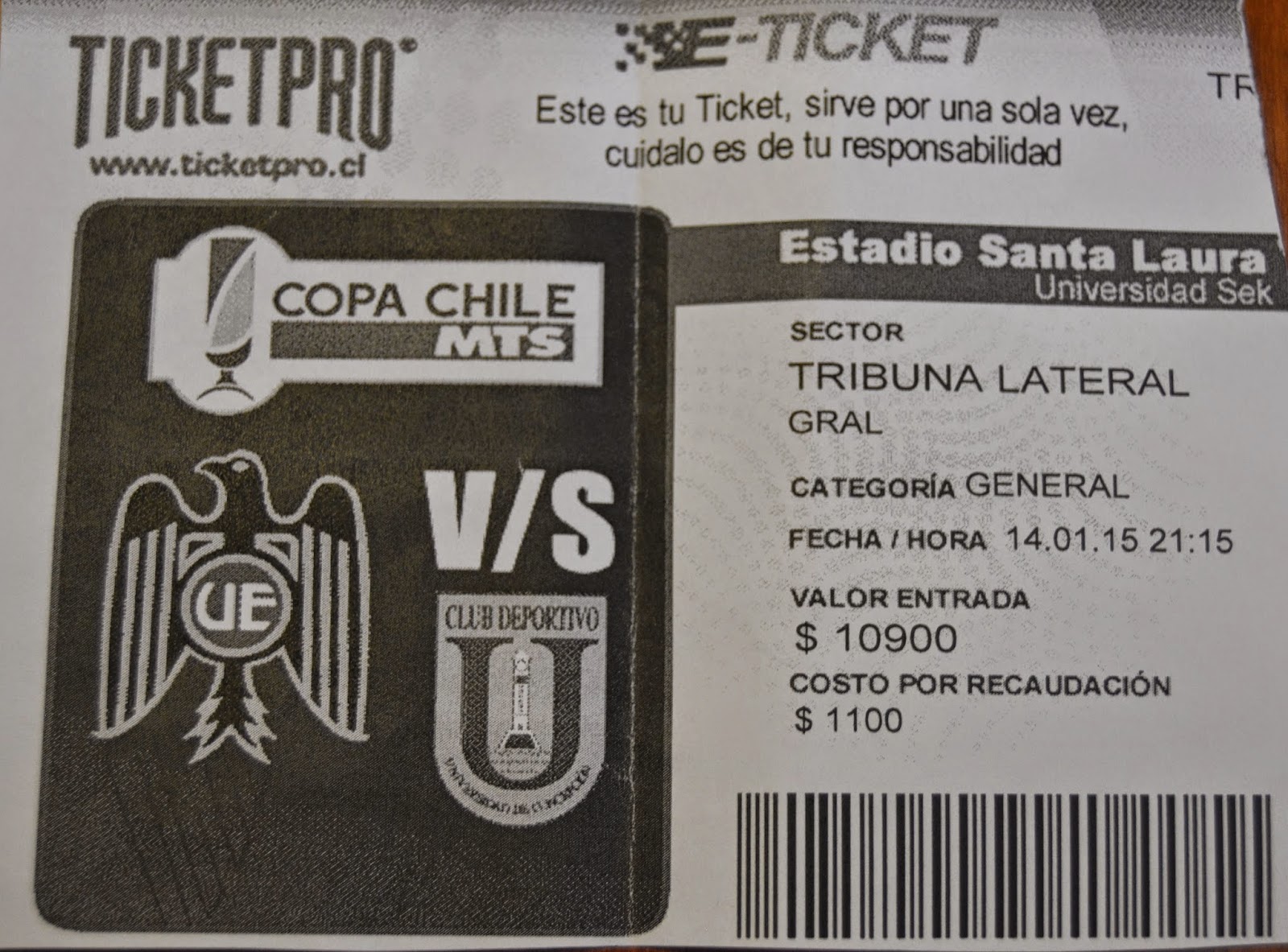 I was lucky that the semi-finals of the Copa Chile were held during my stay and one of the games was in Santiago. So, on a Wednesday evening my friend C. and I took a long metro ride (using two different lines), followed by a short taxi ride to the Estadio Santa Laura (full name: Estadio Santa Laura – Universidad SEK). To prevent another fiasco we had bought our tickets online in advance – we paid Ps 10,900 (ca. $17) for seats on the long side of the pitch (the second most expensive tickets). 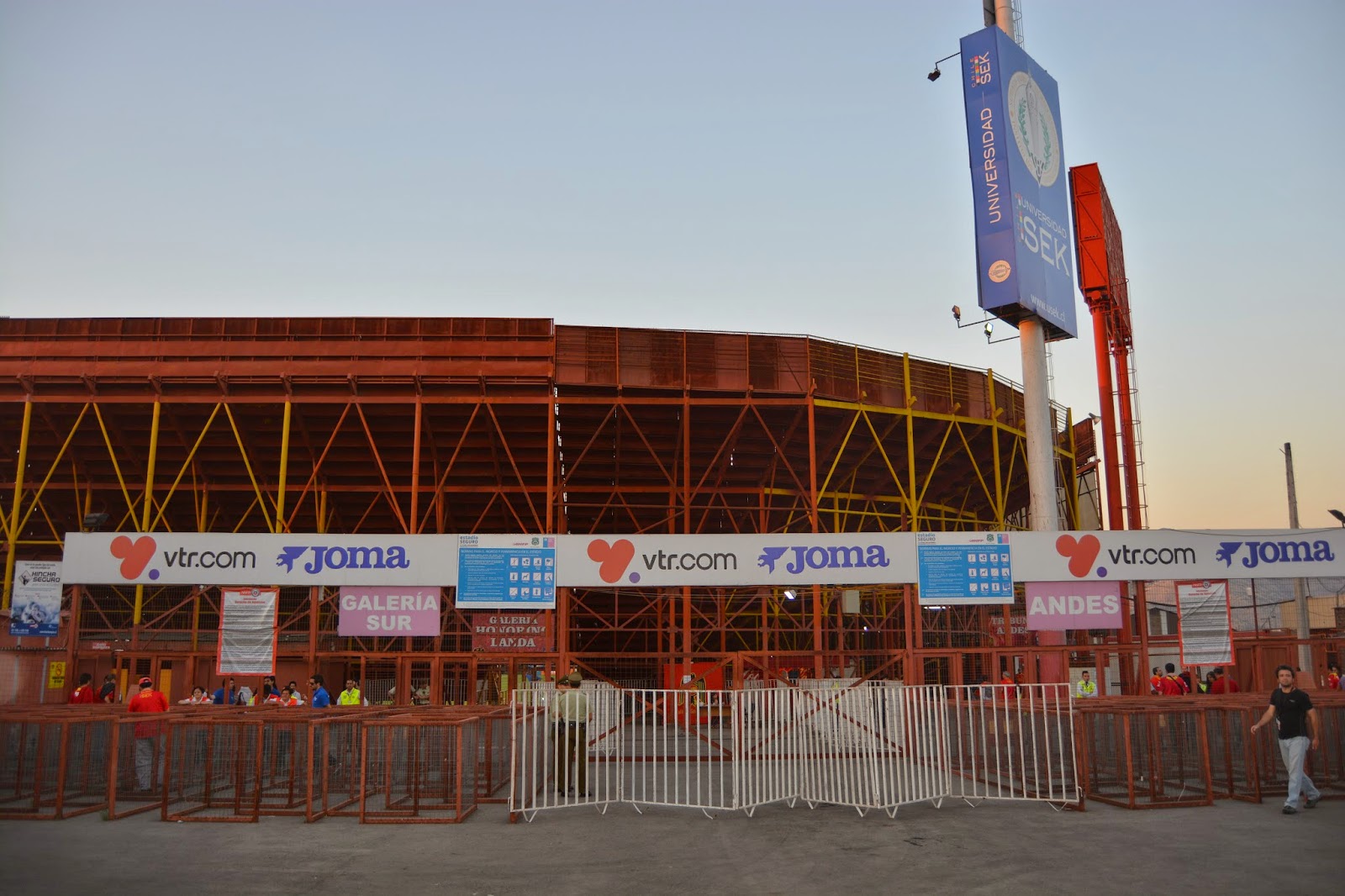